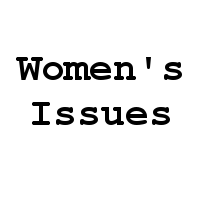 I CAN’T PICTURE YOU WITH A KID
by asyarhein

FROM THE WOMEN’S ISSUES ARCHIVE

I’m too spontaneous. My passion for writing and journalism was constantly competing with my passion for buffalo wings, rum and Steve Madden; there is no room for a kid in the newsroom or at the bar during happy hour and being six months pregnant squeezing those ridiculous swollen dogs into new candy apple reds is just negligent- everyone knows five inch heels can’t handle that kind of stress. Yet, there we were in the bathroom waiting for a pee stick who decided to use the entire two minutes to make up its mind. I can’t do this. I’m too young. There are so many places I want to travel to. If I get a great deal on Groupon I want to be able to just book it! To call in to work sick and live my life! You can’t do that with a baby there’s planning. Clearly not enough in this situation but that’s beyond the point. The point is… Do babies even get passports? I mean how often would you have to update that photo? I don’t have time for that. Who hikes Yosemite with a papoose? Seriously. I want to wake up in the morning and see a sting ray under my hut in Bora Bora not a diaper genie. And now I’m positive that’s not going to happen.

“Have you thought of your options.”

Sure, I had. But what were they? Have a baby. Kick out Jimmy Choo to make room for Osh Kosh. Drop out of school to PlaySkool. Put down the pen to set up one to play in.

Or don’t. Adoption is an option. Earn my tiger stripes just to give my cub to someone with less of a pride.

Or don’t. To just pretend it never happened. I mean, Forever21 doesn’t do maternity.

“…and that sound is your little girl’s heartbeat.”

They said it was okay to cry but I couldn’t. You don’t pre-order MAC’s new midnight sensation just to make it run. And I would make sure my daughter would know that, or would I? Maybe some happy couple somewhere far away like Arkansas wouldn’t let her wear make-up until 16 or she would be given to some psycho pageant people in Pasadena who would have her glitzed out at six months. I couldn’t let that happen to my baby. My baby. But was I her momma? Constantly teetering on this tottering life was no place for a kid. So I had to stop being one.

“I don’t hear anything.”

She was just like me. Spontaneous as all hell. It’s okay to cry they said but I couldn’t. I don’t remember it happening like this on the tv shows or in the movies. The chapter in the health books didn’t elaborate on this. The doctor didn’t break it down like my body did. There was no what to expect when you stop expecting. there’s nothing on un-nesting. one minute im sitting there answering phones and making appointments at my desk. the second minute im up and bolting down the hall passing the click-clacking Manolo Blahniks, my hush puppies stay silent towards the little girls room, the rest room. where this little girl is not resting but not awake. a little girl controlling her own fate. while i was kicking around parenthood, she decided to never kick. i close my mouth and scream. and the tears who have been planning this for so long finally make their escape and i don’t even try to stop them. they grab hold of the covergirl clump crusher and run.

Please submit your creative expressions that bring awareness to women and gender issues to the Relating to Humans Women’s Issues feature. All submissions will be profiled on the blog throughout Women’s History Month.