I may occasionally write the crap, but rarely do I read it.

And it is not because I don’t like poetry that I rarely read it, it’s because poetry, the really good stuff anyway, is so damn hard to read.

And it is so hard to read (And by “read” I mean really digging into the poem and fighting through the initial confusion and the complicated and often archaic words and trying to close the gap in time from when the poem was written to when the poem is being read by learning more about the poet and where and when and why and how he or she is from and lived and then coming to my own understanding of what I think the poem means and then trying to apply that meaning to my own life and where and when and why and how I live it. That’s what I mean by “read.”) because it takes more than a little bit of effort to read it.

I certainly don’t have time for all that nonsense.

Well, maybe I do have the time seeing that I am now diseased and disabled, broken down, reluctantly pushed over to the shoulder so I do not impede the healthy traffic flow, stranded, desperately waiting while my hazard lights blink on and off until, finally, my battery drains and dies.

But yeah, I guess I do have the time, so I cannot blame my not reading much poetry on that.

Perhaps I don’t read that much poetry, then, because I just don’t have the stones for it.

Perhaps I am just not manly enough for it.

It’s funny how we, and by we I mostly mean men, especially men of the “Manly Men” variety, often regard poetry as being light and fluffy, and that if we read it too often it will make our wrists go limp so therefore it shall forever be shunned and looked down upon and laughed at by us.

Well, maybe not any longer, and maybe I never really was, but I like to think that at least there used to be a time, well before my disease(s), when I could have been considered as a “Manly Man,” even though I loved poetry. Consequently, while I now disavow most of the qualities “Manly Men” embody…at least publicly, anyway, I feel I speak with some authority on this “Manly Men” and all its rugged-individualism-FOLLOW-ME!-while-I-lead-you-helpless-followers-once-more-to-the-beach…er, I mean…once-more-into-the-breach-my-friends-just like-a-man-should thing.

Sure, there are many poems out there that are light and fluffy and that, strangely enough, tend to loosen up our wrists a bit when we read them. Nothing wrong with that at all since I consider some of that sort of poetry to be of the really good stuff.

But it seems that most of the poems that I regard to be of the really good stuff, are less of the light and fluffy sort and more of the dense and thickly tangled sort.

The really good stuff of poetry is dense (Profound) and thickly tangled (Complex), not just for Profundity’s and Complexity’s sake (Although, we all know that there are certainly many poems that are written just for the sake of trying to be profound and complex and nothing else—those poems, and poets who write them, are to be quickly forgotten and discarded. (Before you forget me, please remember me well.)), they are dense and thickly tangled because most of them are about the Essence of Life, and the essence of life is, of course—at least the aspects of life that seem to leave the biggest impact and impression on us—completely Profound and utterly Complex.

And when we do take the time and make the effort to read them and to come to our own understanding of them, we find that their profundity and complexity are so equally heavy and deep and full of impact that we are launched right into the Heart of the Void…

Ala (and this cliche of an illustration of being launched right into the Heart of the Void is used only to help you “Manly Men” best understand and relate) a Middle Linebacker barreling into an unsuspecting Wide Receiver who has bravely(?), no, innocently(?), well…, ignorantly(?), yes, ignorantly, at a minimum, strayed across the treacherously well-protected middle of the playing field.

After releasing a collective Gasp!, a hush falls over the stadium as the unsuspecting Wide Receiver’s helmet rolls empty across the field.

And then it becomes even quieter as the crowd strains to see the unsuspecting Wide Receiver through the huddle of concerned footballers huddling around him as he lies limp on the field.

And then it becomes completely silent as everyone realizes that the unsuspecting Wide Receiver is no longer with them and that he has just been launched somewhere unknown to them, somewhere deep within the Heart of the Void, perhaps.

And, without having to say a word about it, the somber, quiet crowd would all agree in respectful silence, that the impact of the barreling Middle Linebacker on the unsuspecting Wide Receiver received was a little more than incidental contact.

Like football, poetry of the good stuff is a collision sport.

And to me, that makes it pretty Manly.

Heck, come to think of it, it makes it even more manly than just Manly.

In its complete Profundity and Complexity, poetry of the good stuff is so tough and hard hitting and so thoroughly encompasses and expresses the Beauty and Essence of Life that it seems even …Womanly.

Can’t get much more manly than that.

Maybe that is why some of us men try to make light of poetry and tend to ignore it.

Because we fear that which we cannot, or chose not to, understand.

Therefore, in fear, we shy clear of it, while scoffing at it to mask our fear.

Sunshine on a rainy day

Sunshine on a rainy day
especially those without rainbows
(because rainbows have become so, well, Hollywood)
tends to turn my soul around
not in the melodramatic (Hollywood) sense
but in the universe-has-no-end sense
the sense that
I am not just another person moving and shifting within a plastic world
but instead a force among other forces that are equally important and
like the universe
without end

This site uses Akismet to reduce spam. Learn how your comment data is processed.

Kurt is the author of the romance noir novel Rainy Season, the dark thriller novel The Good Kill, the literary fiction novel Inside the Skin, and the poetry collection Short Verses & Other Curses, among other works. He is also the screenwriter/executive producer of the short film Leave, adapted from his short story of the same name, and which premiered at the LA Femme International Film Festival in 2018. View all posts by Kurt Brindley

As an Amazon Associate Kurt earns from qualifying purchases. Meaning, that the links on this site that take you to Amazon are referral links and he will earn a very, very, I'm talking very small percentage as a commission if you were to purchase anything as a result of the referral. 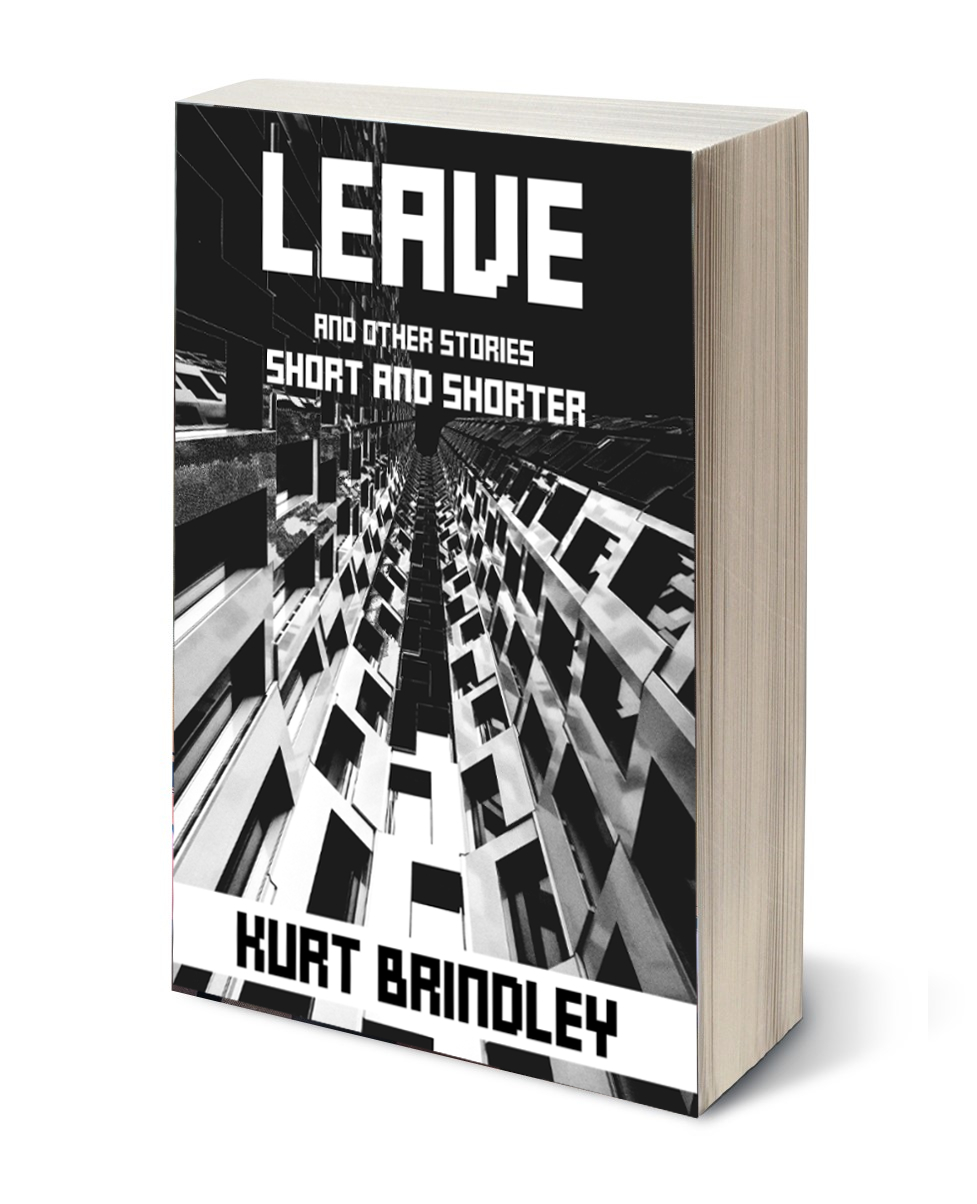 SUBSCRIBE to HumanZen, Kurt’s new newsletter adventure on substack and receive a free copy of his short story collection LEAVE: AND OTHER STORIES SHORT AND SHORTER.

METAMORPHOSIS AND OTHER STORIES
by Franz Kafka [about]

SHADOWBAHN
by Steve Erickson [about]