First off, for all of you losers out there, it’s FTW!, not FSP!

And for all you dinosaurs out there who have no clue, FTW! is not a dyslexic acronym for WTF?, it stands for “For the Win!”

We winners tend to use it often.

Come on man! or woman! Get with it. WTF? stands for What The…ah forget it. I’m not even gonna try. Heck, I’m not even gonna recommend that you try to “google it” or, in your out-of-date-case, that you try to “Ask Jeeves it” or try to “Dogpile it.” Because if you don’t know what WTF? stands for by now then you are such an outdated dinosaur that you had just better wait until one of the three people left working on your dismal local print newspaper gets around to writing a profile on it in the “What’s New!” section.

Then you’ll know for sure what it means.

But first you just hang on and around and wait for it.

Now there is a real winner of an industry.

It used to be, perhaps.

Minus all you dinosaurs out there, when was the last time the rest of you read a print newspaper?

For more than a few of you, I’m sure, the answer is never.

Because as soon as this internet thing came along, which, in the grand scheme of things, really isn’t too long ago, the print newspaper industry began to fold like an origami crane.

I bet you thought I was gonna say fold like a newspaper, right?

But back to winners.

And since the newspaper is no longer a winner, then I no longer like it and I will no longer associate myself with it.

So what about FSP!, you ask.

Don’t worry, I don’t expect you to know what that one stands for because as far as I know it is a Kurt original.

But hey, aren’t they all?

All of the good ones, at least.

I’ll blame all the bad ones on some loser.

FSP! is a good one, though, and it stands for “For Second Place!”

Told ya it was good.

So, if I were to unacronymize what I said in the first sentence of this article and write it all out it would be:

“First off, for all you losers out there, it’s For the Win!, not For Second Place!”

It’s FTW! and not FSP! because Americans only love winners, don’t they?

Americans only love winners, don’t we?!

That’s what I meant to say.

Well…in my defense, I did all ready say that I do I only like winners, didn’t I?

And right now, the outlook for America is a little iffy, at best.

So, maybe deep down I do mean to say they instead of we.

And if I did mean to say it deep down, would you like to know why I meant to say it?

That’s right, you got it.

Because I am American and as an American, I love to win.

Nothing wrong with that.

But depending on how things turn out, there just may be end up being something wrong with America; specifically, that it is no longer a winner, or even considered a winner, which may make it hard for us winners to continue to align ourselves with it.

But as far as winning in general is concerned, I’m all for it.

If you ask me, and even if you don’t I’m gonna tell you anyway…

‘Cause I am certainly here to tell ya…

To me, if you come in second place then you ain’t nothing but a First Place Loser!

You can take all of your Second Place Trophies, and your Silver Medals, and any other award that is not plated in anything but pure, honest to goodness—because being first and being a winner feels so good and honest—Gold and shove them all up your lame, loser-of-a-logistical-shoot-for-shooting-waste and keep them there!

And right along with them, you can also shove right up in your lame, loser-of-a-logistical-shoot-for-shooting-waste-and-other-matters-and-by-other-matters-I-mean-BS, all of the loser enablers who, because they are such losers themselves, want to convince everyone, especially our youth, that it’s okay to come in second place (and by coming in second place you now know I really mean losing), and that it’s okay that not everyone can be a winner so don’t worry if you aren’t one either, okay. Because everything is just A-OK!, okay?

It’s okay to want to win.

And it’s okay to know that everyone cannot win at everything.

Those are okay things to know.

But it is not okay to think it’s okay to accept losing just because everyone cannot possibly win at everything.

Show me a good loser and I’ll show you…

So, while you are shoving all of that other loser stuff up your lame, loser-of-a-logistical-shoot-for-shooting-waste-and-other-matters-and-by-other-matters-I-mean-BS, make sure you especially shove up there, and shove them especially high and especially hard up there, all of those god damn demoralizing and anti-American “Thank you for Participating Even Though You Lost” trophies that are so ubiquitously and harmfully handed out to every kid, and his brother, and his sister, and uncle’s cousin to boot, who we parents who only want to see that little sparkle in our eye just have fun and just be happy no matter what just so we slap them with each and every over-sized sporting and scouting uniform there is to slap on that little sparkle in that blurry eye of ours.

God I hate to lose.

And I especially hate it when my sports teams lose.

If you have read my blog’s About page, you may remember that, since I am from the Cleveland, Ohio area, being a sports fan has always been very, very frustrating for me all throughout my entire, and by entire I mean from the very second I was born until now. And we can keep repeating that “now” from now until the day that a professional Cleveland sports team finally, and I mean FINALLY, wins the title of champion, which is an even better way of saying winner, in their respective sport.

Yup. I’m a frustrated sports fan, that I am.

And, unfortunately for me and all of the other nutjobs like me who refuse to realign themselves with any professional sports teams (teams that more than likely have won at least one championship in my lifetime) other than a Cleveland professional sports team (You might just be surprised just how many of us nutjobs there are like that.), we will probably remain frustrated for a long while to come.

And it is all because of all the losing that I had to suffer through the other day (Both my professional baseball team AND the TEAM USA women’s soccer team lost yesterday. Usually I could really care less about either one of them because I am not all that much into baseball, but Cleveland happened to be playing Baltimore yesterday and ever since Baltimore stole the professional football (Unlike baseball, I really do like watching football, even if it is not post-season play.) team from Cleveland, I despise all things that relate to Baltimore as far as sports are concerned. In fact, I even refer to the fans who root for Baltimore teams, regardless of where they are from (Just ask my buddy not-from-Baltimore-but-one-of-the-biggest -Baltimorons-there-is-Bob.) as Baltimorons, that’s how much I despise Baltimore sports teams. So, that’s why I was especially interested in the outcome of yesterday’s baseball game. And that is why it hurt so much when I found out via tweet from another “friend,” who is from the loser Detroit area and who is a fan of loser Detroit teams but at least he hasn’t yet sold out on them to become a Baltimoron as far as I know but regardless of what team he is backing I am quite certain he enjoyed telling me, that Cleveland had lost to the Baltimorons. And as for women’s soccer, I apologize women, but, overall, I am a nominal men’s sports fan at best so you can probably imagine how I feel about any sport that has the classifier of women in front of it. Nope. Doesn’t have much of a chance with me. (Nothing against Title 9, but it just doesn’t quite do it for me like a sexy Title 10 or Title 50 does. And it’s not that Title 9 reminds of all those damn Participation Trophies, or anything like that. No, it’s not at all like it’s a let’s-Divide-and-Conquer-our-limited-and-dwindlingrightbeforeoureyes-tax-dollars-so-that-everyone-can-play-but-we-all-end-up-losing-instead kinda thing. No, it’s not like that one bit, either. Nope, nothing wrong with Title 9 by me, that’s for sure…but I may have overheard some other men complain about it once or twice at the local sports bar. Maybe.) Unless, of course, they are a women’s sport team that represents America and especially if they are a women’s sports team that is going for the ultimate win in the sport they are playing, ala the other day when TEAM USA women’s soccer team was competing again TEAM JAPAN (Their women’s team, as well, I suppose, but I cannot confirm but I didn’t even watch the game.) (And I apologize, Japan, if that is not how you refer to your team, but that’s how we Americans do it over here.) to become the World Cup Champions (Wow! Is there any better way to say winner than that?), then, and possibly only then, will I be really and truly interested in women’s sports. And of course, with all of my interest highly engaged in the hopes that both of my teams would win the other day, they both ultimately, and without a doubt, lost. Frikkin’ losers!) that brings us both here, bathing uncomfortably together in this overflowing rabid froth of a blog post of mine. 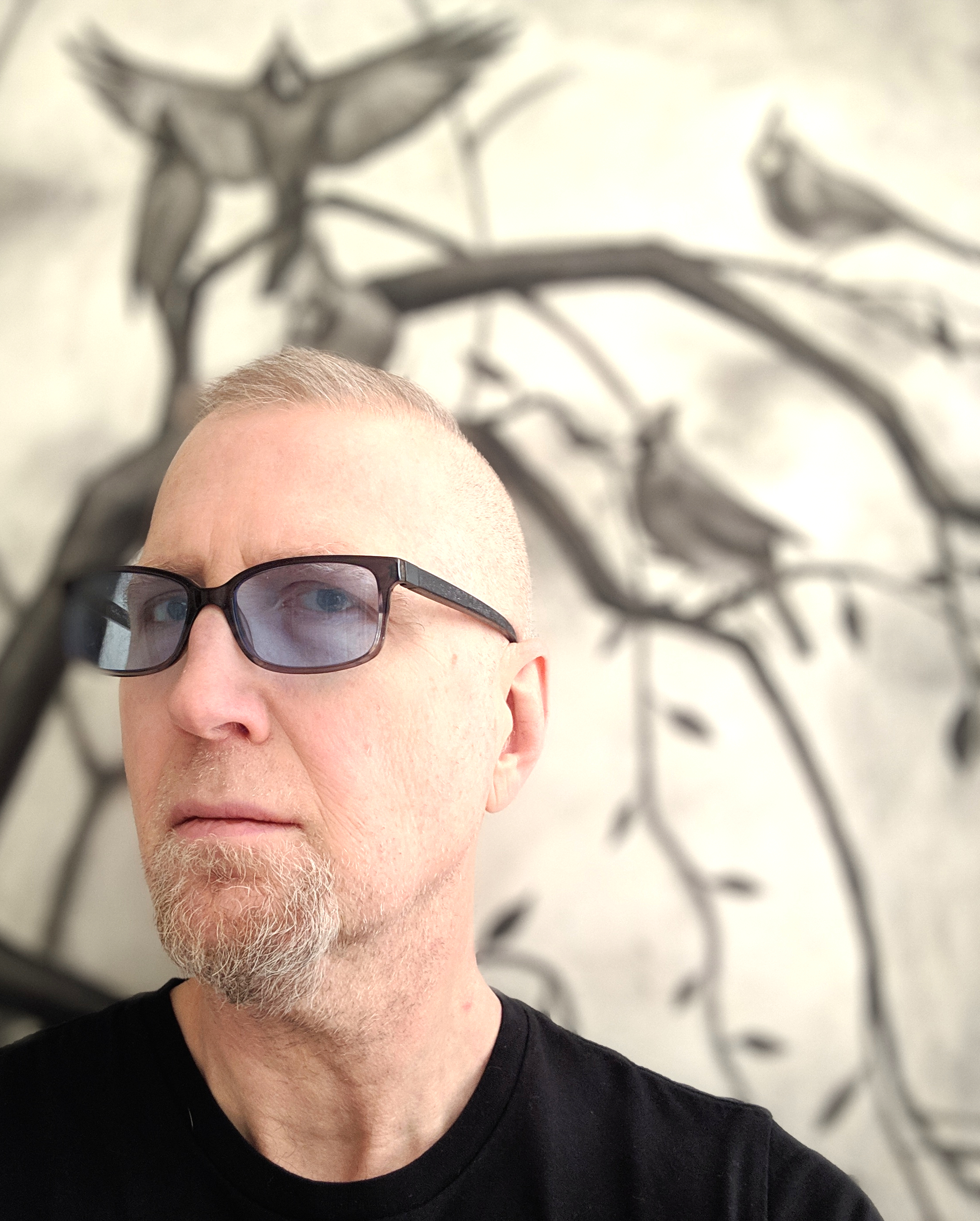